City staff hope to encourage developers to build more stock in low-density neighbourhoods where land is cheaper than in commercial areas. 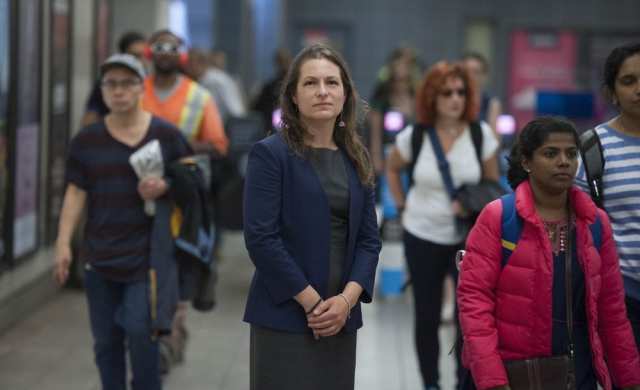 Vancouver says cost breaks for mid-market rental housing aren’t enough to lure developers away from more profitable projects.
A 10-year review of the city’s rental incentives found they helped create over 8,700 rental units but that such projects often weren’t financially attractive to developers.
“A large financial gap exists between strata and rental,” the senior housing planner, Edna Cho, told council on Wednesday. “Without providing incentives, rental is not viable under existing zoning.”
Current city programs offer looser rules around such things as parking, and reduced or waived development fees to projects that agree to cap initial rents. The city waived $24 million in development levies for 2,702 rental units, an average of $8,800 a unit.
But 49 per cent of projects that were offered a waiver declined it, saying the rent requirements would affect their bottom lines too much — especially properties on the west side.
Cho says developers typically expect a return of 15 per cent when building multi-family housing and that most rental projects the city supported returned between seven and 11 per cent even with a full waiver.
Rezoning for projects under incentive programs took between 20 and 27 months on average.
Many chose to build expensive condos instead of rentals.
“Even with all of the incentives that the city currently provides … those projects were having trouble making it to the point where they would be financially viable,” said Dan Garrison, the assistant director of housing policy.
The update comes during a rental crisis, where middle-income households, who may not qualify or desire social housing but cannot find moderate accommodation, feel locked out of the city.
A survey of renters in the newly created units found most spent over three months searching for a home.
Vancouver city councillor Lisa Dominato. JASON PAYNE / PNG
Between 2014 and 2018, the average rent for vacant purpose-built apartments overtook the average rents of occupied ones, meaning a growing supply of housing stock that moderate salary earners can’t afford.
In 2016, over 71 per cent of people under the age of 45 in Vancouver rented their homes compared to 66 per cent in 2006, according to Statistics Canada.
Garrison says it indicates existing rental stock is outside reach for many moderate earners — as is purchasing a home.
“Our ownership market has gotten so far away from rental levels in recent years that the leap from rental market to ownership has become extremely challenging,” said Garrison.
Virtually all the approved rental projects were for along major roads in commercially zoned areas.
City staff hope they can encourage developers to build more stock in low-density neighbourhoods like Dunbar or Point Grey, where lot sizes are larger and land is cheaper than in commercial areas.
“We’re not going to have all towers in a city,” said councillor Sarah Kirby-Yung. “We could have more smaller buildings in different neighbourhoods.”
Projections suggest existing incentives would allow developers to meet or exceed the 15 per cent return in most sites away from commercial zones.
Councillor Lisa Dominato said constituents in those neighbourhoods would likely support the idea. “One of the things I do hear are that there are a number of families that were born in Dunbar and want their kids to remain in the neighbourhood, but don’t feel there’s the appropriate type of housing,” she said.
Other proposals include further reduce requirements to provide parking space, which many moderate-income tenants said they did not use.
Garrison says the city may also look to “clean up” development cost waivers by supplementing them with other incentives and expediting the rezoning process to make sure promised projects provide the right type of housing.
“We want to make sure the market rental program is actually delivering something affordable,” he said.
A further report is expected in November.
twitter.com/zakvescera
zvescera@postmedia.com