Will staging your home draw that tidy selling price you hope for? 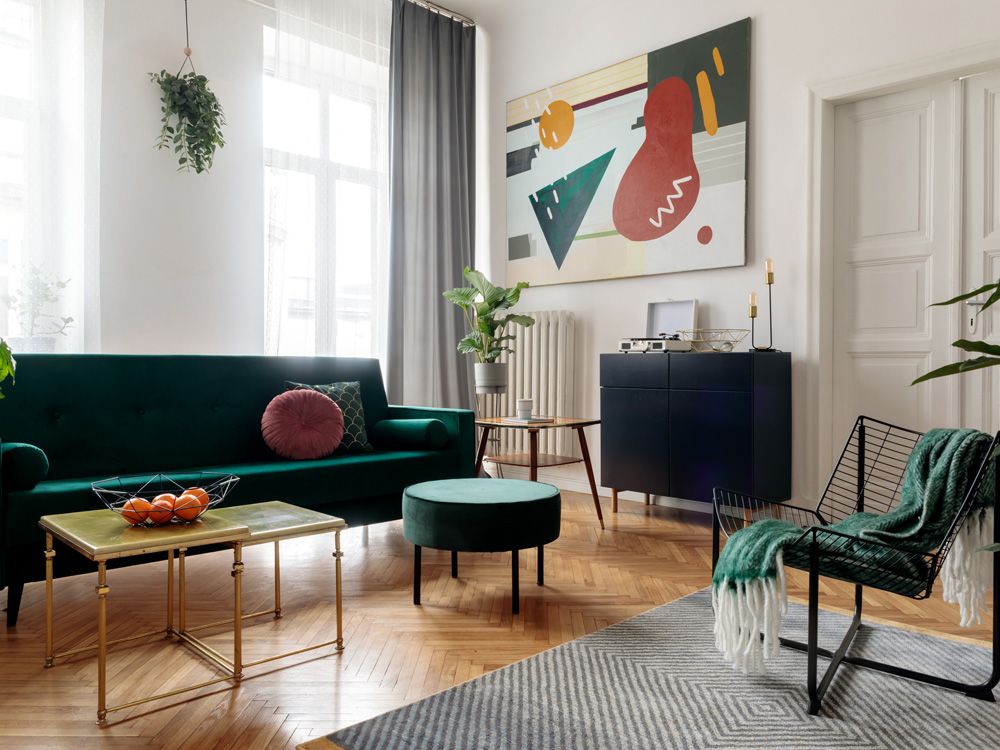 The main rooms to be staged before a listing comes on the market are generally the living room, kitchen and master bedroom. Getty Images
Haider-Moranis Bulletin: Study finds no impact on willingness to pay higher price, but buyers have a better impression of a staged home.
Most people who have bought or sold a home are familiar with the concept of staging, in which a seller brings in new, sometimes expensive, furniture and decor on a temporary basis in order to cast their home in the best possible light.
But does home staging really work? Does it help a home sell more quickly or at a higher price?
If you ask the real estate industry, most believe it does. However, independent research on the subject is hard to find, and the available evidence is somewhat inconclusive.
While they are not necessarily “staged,” almost all homes are prepared to some extent before being sold.
Stagers, renovators and drones: Not everyone loses in a down housing market
Breaking up with your realtor is harder than you think — here’s how to attempt it anyway
Do real estate agents work as hard to sell a client’s home as they do to sell their own?
Most real estate agents will advise clients to make cosmetic changes to a house before it is listed. Those can include everything from removing clutter to hiding excess furniture to replacing personal artifacts and can even extend to repainting the walls.
A full staging, however, usually involves replacing the owners’ furniture with rented items while the home is listed, with the living room, kitchen and master bedroom the most likely to be upgraded.
Staging can last from a minimum of two months up to six months or longer for expensive homes, with costs ranging from $2,000 to $10,000 per month depending on how extensive the changes are.
And it’s a practice that continues to evolve.
Heaps Estrin Real Estate, a Toronto-based real estate firm, has struck a partnership with BMW Canada to place high-end luxury vehicles in the driveways of “exceptional properties.”
As part of an initial pilot project, the real estate firm placed high-end BMW models in select homes listed between $2.9 million to $5.9 million. The vehicles could be used in online listings for the properties as well.
"Clutter could be interpreted as a signal of inattention to house maintenance on the part of the owner — hence a signal about adverse selection"
Professor David Nickerson, Ryerson University
Whereas the real estate industry believes that home staging works, hard evidence to support these claims is harder to find.
On a psychological level, there are some obvious benefits.
David Nickerson, a professor in the School of Real Estate Management at Ryerson University, noted that a cluttered space is not only unattractive, but “could be interpreted as a signal of inattention to house maintenance on the part of the owner — hence a signal about adverse selection.”
Put simply, Nickerson believes that “buyers are attracted to neatness.”
But does the attraction translate into a higher price?
Mark Lane and coauthors writing in the Journal of Housing Research studied the merits of staging homes. They found that despite widely held beliefs within the real estate industry, “furniture quality and color choices do not appear to have a significant effect on the actual revealed market value of the property.”
Though the research showed no impact on the willingness to pay a higher price, the researchers found a “strong impact on the perceived livability and overall impression of the home.” Specifically, respondents had a lower overall impression of units with unattractive wall colours and/or furniture. Similarly, the respondents also ranked the same homes lower for livability.
Lane and his coauthors, however, did not analyze real home sales data. They created 3-D virtual home tours where they changed the staging attributes (wall colour or type of furniture) one at a time and sought responses from prospective buyers.
This raises the question of whether real homebuyers discriminate between staged and unstaged homes.