Bank of Canada and the U.S. Fed have very different worries 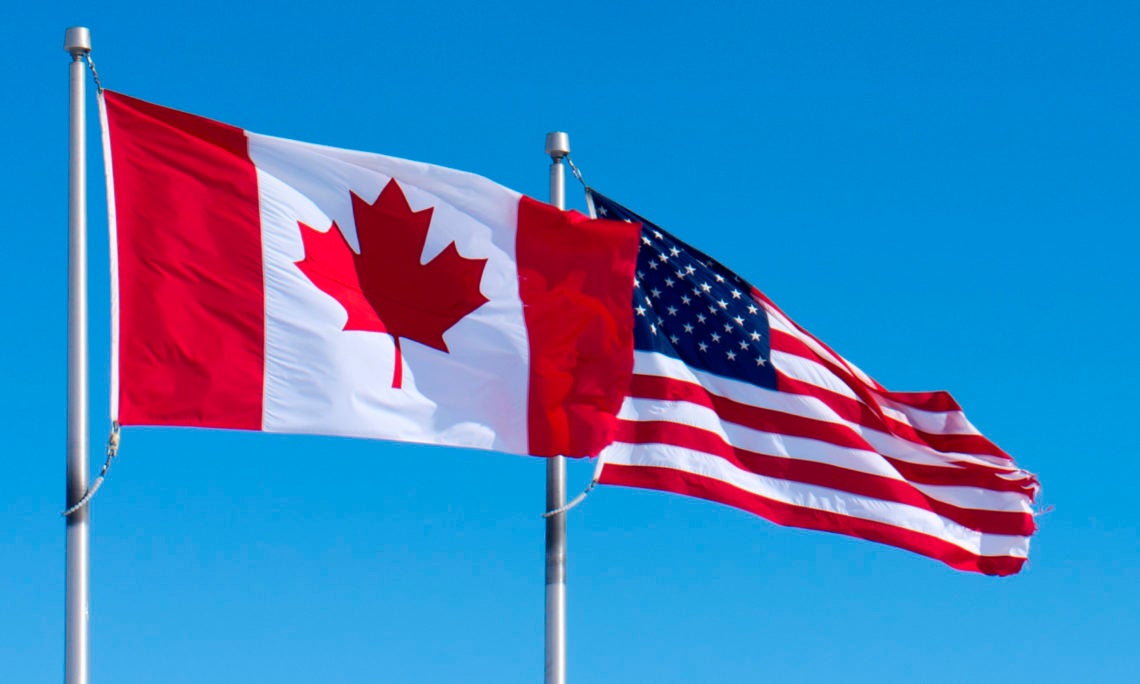 Bank of Canada and the U.S. Fed have very different worries:

Like a spooky planetary alignment, the Bank of Canada and the U.S. Federal Reserve both unmasked their monetary policy on the day before Halloween. But they had eerily discordant messages.

While the Fed's Jerome Powell expressed broad optimism about the state of the U.S. economy, he nonetheless cut the benchmark interest rate by a quarter point.

The Bank of Canada's Stephen Poloz, on the other hand, expressed worries for the future and left interest rates unchanged.

Listening to the two central bankers one after the other yesterday was a useful exercise in observing some of the subtle differences between two economies that seem so much the same.
The most obvious difference is that while Poloz has not seen the need to cut interest rates even once this year, Powell has cut three times — even though U.S. markets are sky-high and unemployment at record lows.

Insuring against risk
"We took this step to help keep the U.S. economy strong in the face of global developments and to provide some insurance against ongoing risk," said Powell, as if trying to rationalize his actions to a room of skeptical financial journalists.
Poloz and his deputy, Carolyn Wilkins, who took reporter questions at a separate meeting 700 kilometres north, seemed far more willing to discuss the risks. In fact, the Bank of Canada bravely described a worst-case scenario where Canadian GDP would plunge sharply over the next two years as global conditions deteriorate.

That gloomy storyline is not so far-fetched in that it is based on the financial market's recent projection of the path of U.S. rate cuts.

In the Bank of Canada scenario spelled out in yesterday's Monetary Policy Report, Poloz and his team imagine global growth falling to 2½ per cent, driving resource prices painfully lower, and slashing Canadian jobs and house prices. (Scroll down near the bottom to the chilling "Box 3.”)

"As a result of all these changes, household spending, business investment and exports would be weaker, and real GDP would be about 4½ per cent lower by the end of 2021 relative to the base-case projection," the bank's report said.

Rather than a prediction of what will happen, the scenario helps Canadians understand how they could be affected if relations between the world's trading nations were to sink further. It is also something of a warning to Canadians considering burying themselves in long-term debt that cannot be easily shucked off.

Business investment paralyzed
The trigger for that worst case is simply a more-intense bout of the current drag on the global, American and Canadian economies, said Poloz. Effectively, he said, the problem is uncertainty over global trade relations, which has been paralyzing businesses that would otherwise have invested and expanded their output.

Rather than outlining the chances of gloom, Powell seemed bent on encouraging Americans to spend and businesses to invest, pointing to recent signs of improving U.S.-China trade relations and the defusing of a disruptive no-deal Brexit. While they are positive signs, he said, any real effect on business investment would only come after a long delay.


Though it may follow the Fed's rate cuts in the future, the reason the Bank of Canada is not lowering rates right now is twofold.
No. 1 is that despite the real damage that has already been done to the global economy following Donald Trump's hostile trade-negotiating strategy, the Canadian economy largely remains resilient.

That resilience is founded on the dual pillars of consumer spending and real estate prices, which, in turn, are being held up by record Canadian job and wage growth and a population boosted by a constant drip of new immigrants.

The second reason for not cutting rates is that with confidence strong and Canadian inflation on target at the bank's two per cent level, the economy remains close to full capacity.

Poloz worries that lowering the price of lending at this stage — a rate cut Powell referred to as "insurance" against a downturn — could spur a new round of Canadian borrowing and mortgage-funded bidding wars at the wrong time.

"Such insurance may come at a cost in the form of higher financial vulnerabilities and possible consequences for the economy and inflation in the future," Poloz told reporters.

Fear of inflation, high and low
While the U.S. also boasts strong wages, even lower unemployment and a booming consumer sector, one of Powell's biggest worries for the American economy is inflation that has remained below the two per cent target.
The worry in the U.S. is that people will begin expecting lower and lower rates — something Powell promises to resist.
In fact, the U.S. central banker gave broad hints he will be revealing mysterious new plans by the middle of next year to help push price rises up to the target range, though he didn't elaborate.


Something that deputy Wilkins raised — and Powell did not — was the widely held belief that monetary policy has run out of power to fix the economy. Like many others around the world, she observed it is possible fiscal spending could do much more, without stimulating a frenzy of borrowing.

And while Poloz was willing to face the possibility that things may get worse, in observing the advantages of having relatively strong economy in a troubled world, he could have been speaking for both Canada and the U.S.

"We are not immune to these global developments, but we think we're in a good position to cope with what comes our way," said Poloz. "Healthy and fit people can still get sick, but they recover more quickly.”